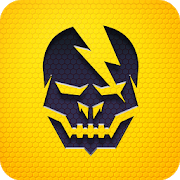 Shadowgun Legends is one of the most anticipated mobile games in 2018 currently. 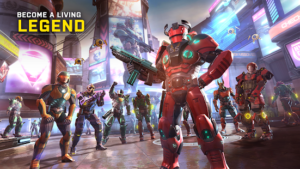 After several successful trials, the official version of blockbuster mobile Shadowgun Legends has already been pre-registered at the game’s homepage. When the game released, person who sign up in advance will receive an exciting gifts from NPH Madfinger Games. 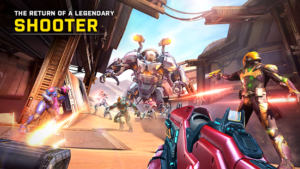 It must have been many gamers still remember the famous mobile game series called ShadowGun, which was developed and operated by Madfinger Games in 2011. This is a shooter action of gorgeous graphics with few mobile versions. It has gone through many “ups and downs” at the present time still somewhat show its strong attraction. 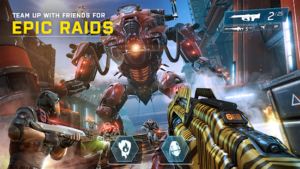 And the latest release, Shadowgun Legends, will be a fantasy first-person MMOFPS set in a distant future universe. In 2380, the Earth and the galaxy had dramatic changes in their physical and chemical structure. In game, players will play as mercenaries to destroy the freak alien and overcome many other hostile forces. 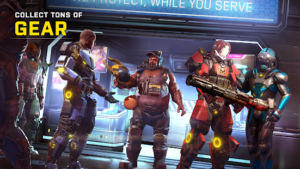 Like the older versions, Shadowgun Legends puts players on the task of gathering experience to level up, increase skills, buy items , etc…

Do not stop there, there are Shadowgun Legends invest more when brought to character customization system, weapons and armor extremely intensive to unleash the player setup, according to their own creativity. In addition, the game also blend harmoniously with MMORPG elements classic FPS as guild system, adventure dungeon, raid, etc…

Shadowgun Legends built a foundation of the latest Unity Engine graphics. It brings the image quality, the extremely eye-catching and authentic color. The game is currently available on the Google Play store. But it is available in pre-registration form and is expected to be available in March.