Download Free Fire to enjoy exciting battles and combats. Go on an adventure and become the last team or player standing to win.

Free Fire is also known as Free Fire Battlegrounds or Garena Free Fire. It was developed by 111 Dots Studio, after which it published by Garena for both iOS and Android in 2017.

Free Fire is one of the most popular games today, and it was the most downloadable mobile game in 2019. This game also received an award from Google Play Store in 2019 for the Best Popular Vote Game. 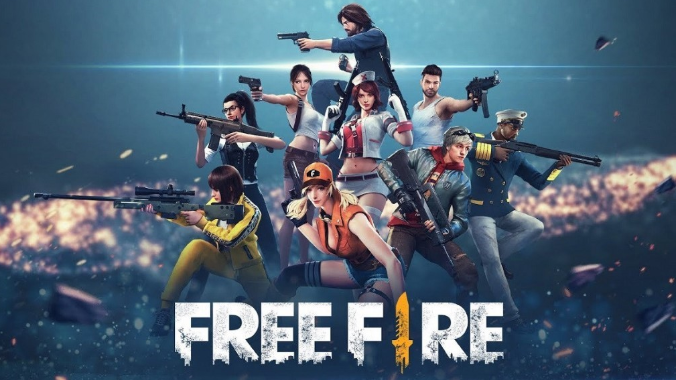 The game has a lot of similarities with other games like Call of Duty: Mobile and PUBG Mobile. Free Fire has also successfully created its own niche. It is one of the most successful game because of the high number of downloads the game has gotten.

Free Fire offers interesting gameplay that is played from a third-person perspective. It is important to note that the game is an online-only action-adventure game. Free Fire is also an amazing battle royale game.

The game features about 50 players that will fall from the sky with a parachute. These players will then land on an island, where they will search for different equipment and weapons. It is this equipment they will use to fight and kill other players.

In order to extend battle life, players will choose their starting position where they will take supplies and weapons.

The game begins when players join, after which the player will go into a plane and travel to an island. Players will decide where they can jump as the plane flies over the island. This allows them to strategically choose a landing spot away from enemies.

The first thing players are required to do after landing is to go in search of utility items and weapons. Items you’ll find on the island include weapons like grenades, medical equipment, and other useful items.

Surviving is the ultimate goal for every player. It is important to note that the island contains a maximum of 50 players online. Therefore, every player would be required to eliminate opponents when so ensure that they survive.

One of the intriguing things about the gameplay is that it has a safe area for players to remain on. The size of the safe area decreases with time, and as you play on. This is to ensure that players are forced to a tighter corner where they will meet other players and battle

A winner will emerge when there is only one team or player left at the end of a battle round. 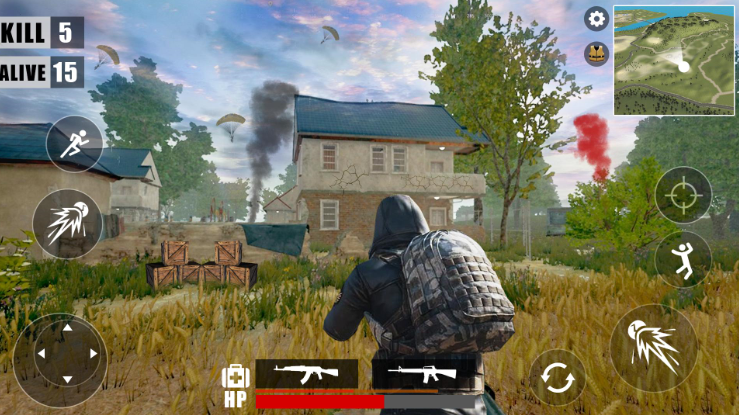 Tips and Tricks to Make you Win

Here are some tips and tricks that will enhance your winning:

Crouch when you spot an enemy carrying a shotgun

One of the difficult weapons to handle and control is the shotgun. However, players who have learned the art are deadly and can kill opponents in close combat without shooting the head. Interestingly, it is possible to crouch when a player attacks you with a shotgun.

Your opponent will miss the shot when you crouch, even in close range. When they miss a shot, they will need to reload, and this will be your opportunity to strike.

Employ the use of sneak attacks

Being sneaky when you attack may be important sometimes. This will let you know if there is an opponent when you enter a house. You’ll be able to decide whether to strike or to sneak to avoid being spotted. In all, being sneaky will pay off in some cases.

Movement should also be done in a zig-zag pattern with a few jumps. Continue moving if you find it hard to aim while moving until you find another opponent who’s out of clips.

Revive teammates and heal yourself

One of the amazing things about Free Fire is the ability of players to multitask. This allows players to revive both their life and that of a teammate at the same time. It is important to note that a single med-kit can be simultaneously used for this reason.

Players can easily aim opponents on bikes that when they are in covered vehicles. You can use the vehicle to move faster into the safe zone to avoid shrinkage that will keep you outside. Vehicles also provide an easy way to kill enemies. You can simply drive over them when you spot them. 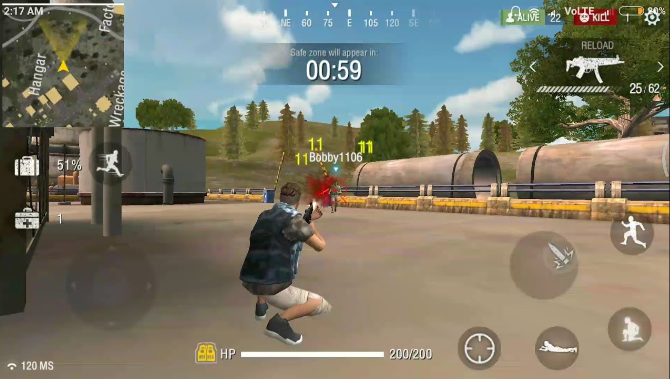 Visit the following links if you want to download Free Fire:

Free Fire is an amazing action-adventure game with amazing 3D graphics and great music. Download the game to show you are capable of working as a team to win battles. Become the last player standing to win amazing rewards.